Fencing, the art of swordsmanship, has been practiced for centuries. Originally geared for combat, it is now staged for Olympic gold. The sport of fencing develops quick thinking, poise, agility and speed, as well as self-confidence and sportsmanship. Fencing is a lifetime sport, equally suitable for men and women, children and adults. Zeta Fencing in Natick, Massachusetts, under the direction of Head Coach Zoran Tulum, offers a range of sabre fencing programs at beginner, intermediate, and advanced levels.

"Best fencing club in New England hands down. One of the best Saber clubs in the country."

Our Coaches and Staff 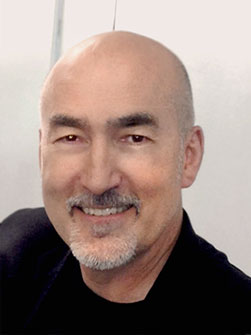 Zoran Tulum has been a coach for more than 30 years. His career has taken him from winning the Yugoslavian National Championships to coaching the US National Team at the Olympic Games.

As a fencing master, Zoran coached at Harvard University for two years and was Head Coach of Stanford University’s fencing program for 12 years. From 1988 to 1996, Zoran Tulum was the US National Men’s Foil Coach. In 1996, he was Olympic Coach for one of the first internationally successful US foil fencing teams. As an early promoter of our sport in the US, he and his team were even featured in Vanity Fair.

In 2014, Zoran Tulum was named National Coach again, this time for the US Men’s Sabre program. He was one of US Fencing’s Coaches at the Olympic Games in Rio in 2016. While preparing the nation’s best fencers for World Championships and Olympic Games, Zoran knows that the future of sabre fencing depends on strong youth programs. For Zoran, being a fencing coach means much more than simply teaching fencing moves: “We can say that we don’t teach people how to fence in our club, we teach people how to be fencers, which is a much, much higher category.” 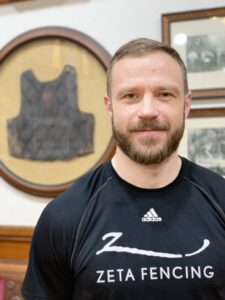 Dima Boyko started fencing in Ukraine, where he had an outstanding career as a fencer. He was a multiple national champion of Ukraine and represented his native country in many international competitions. Dima won titles as Cadet and Junior World Champion (2003, 2006), and won silver with the Ukrainian National Team at the World Championships in Korea 2006. In the same year, he became the youngest men’s sabre fencer to win a senior Grand Prix competition. In 2012, he represented Ukraine at the Olympic Games in London.

Dima received his Master of Fencing degree from Ukraine’s State University of Physical Culture in Lviv. He has extensive experience as a fencing coach and worked with the Ukrainian National Team for several years. Since joining Zeta Fencing in 2016, he has coached students of all levels and introduced new workout routines to improve our competitive and high performance programs.

Dima coaches all levels of classes at Zeta Fencing and gives private lessons; his focus are the competitive and high performance programs. 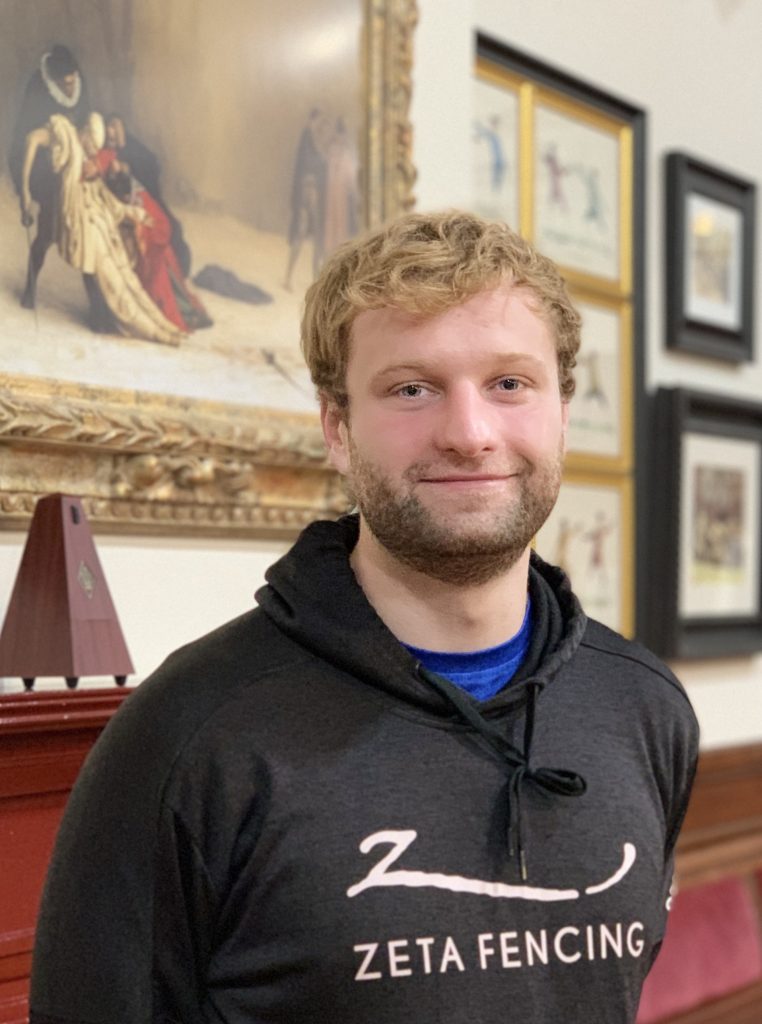 Siarhei Shachanin started fencing in his home country Belarus. During his career as a competitive fencer, he claimed the national championship title of Belarus numerous times. He has extensive international competition experience and represented Belarus in World Cups, Grand Prix, European and World Championships over many years. Siarhei is a multiple medalist at the U23 European Championships (2014, 2015).

Siarhei received his education as a fencing coach at the Belarusian State University of Physical Culture. He gained coaching experience at the highest level as an assistant coach for the National Team of Belarus and worked as a coach in fencing clubs in Minsk before moving to the United States.

Siarhei coaches all levels of classes at Zeta Fencing and gives private lessons; his focus are the competitive and high performance programs. 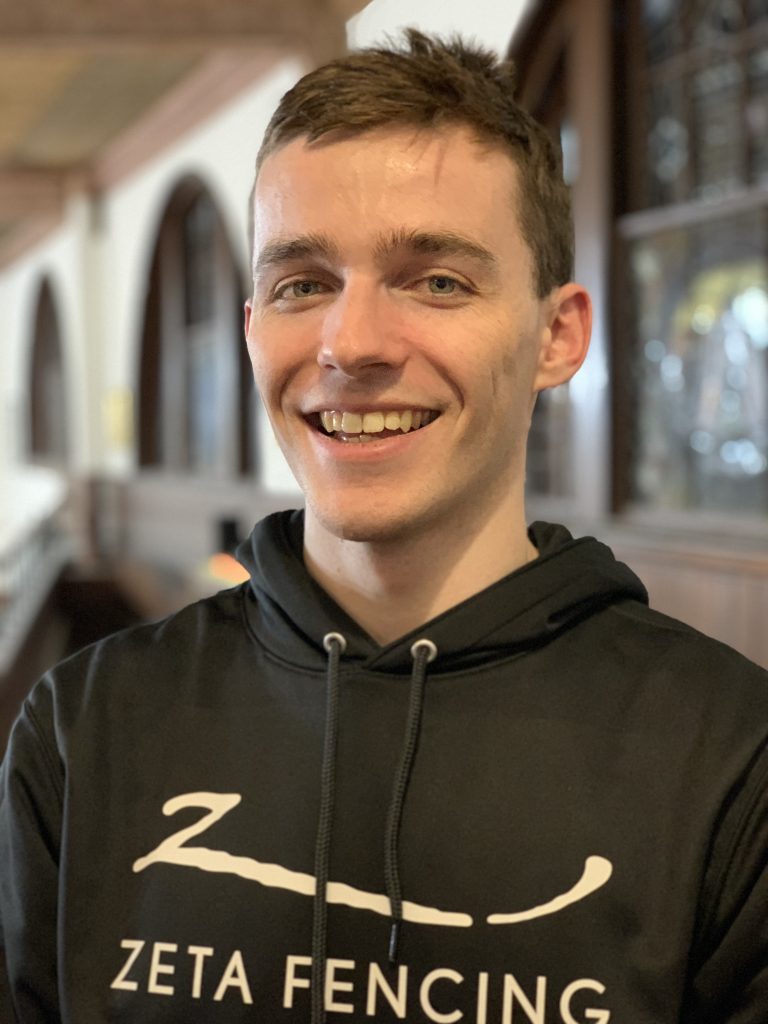 Tim Hoffman started fencing during his freshmen year of college at George Mason University. As GMU fencing captain, Tim led the club through 4 successful seasons and brought home several conference championship medals for GMU. During this time, in addition to pursuing his own competitive career on the national circuit, he also facilitated after-school fencing programs with local Virginia fencing clubs.

Tim has learned under many different coaches over the past 7 years, as well as working with fencers from both the American and British national teams. He has coaching experience at the local and collegiate club levels. 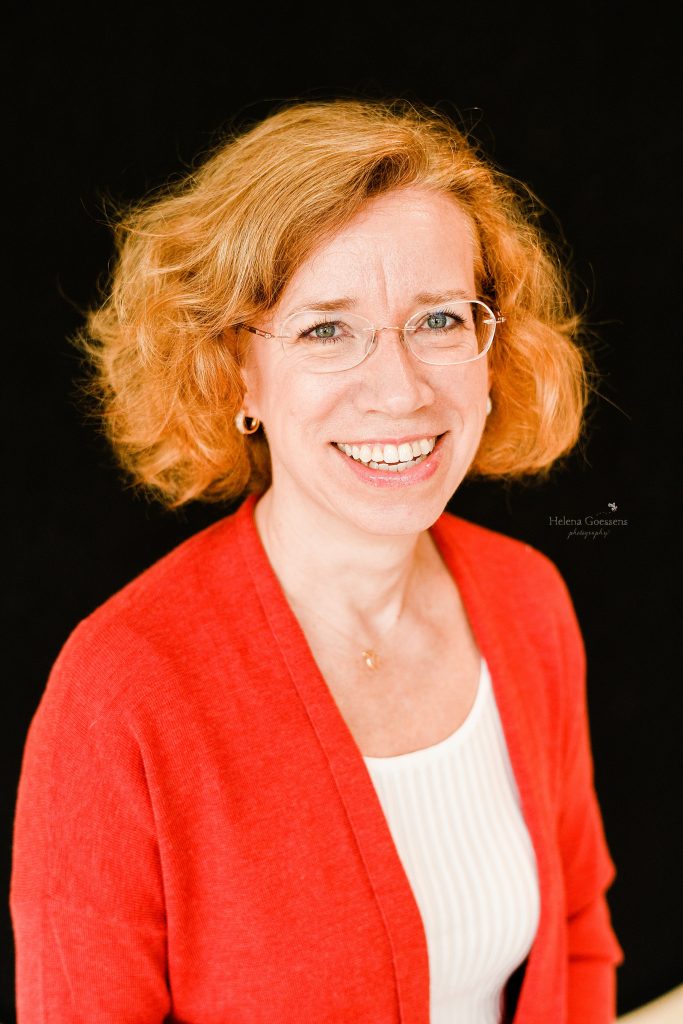 Annette Pein has a background in education, having taught at the college level and, most recently, leading the award-winning German Saturday School Boston during a period of sustained growth.

Annette joined the Zeta Fencing family in 2008 when her older daughter started fencing in the Beginner’s Classes. Since then, her two daughters have been enrolled in every class level offered at Zeta. Along the way, they have competed and won medals in local, regional, national and international competitions, with her older daughter now fencing for the Duke University NCAA team. As a result, Annette thoroughly knows fencing competitions, tournament types, and qualification paths. In 2018/19, she served as Zeta’s Parent Liaison.

Zeta Fencing was founded in 2000, when Zoran Tulum happened to stumble into a beautiful historical building in the heart of Natick, Massachusetts. He realized that he had found the space that would give him the chance to do what he had always dreamed of—to establish a fencing school true to European traditions. Today, very few fencing salles exist in the world that embody the spirit and atmosphere of the Victorian era, the golden age of fencing. Zoran spent many years remodeling the historical salle in Natick’s historic Odd Fellows’ building to bring back its original charm.

The Odd Fellows’ Building on Natick’s South Main Street was constructed in 1887–1888 directly off Natick’s Town Common. It was originally designed by Ernest N. Boyden of Boston. The tall brick building was the meeting place for the Lodge of Odd Fellows at Natick, the Takawambait Lodge. After the Lodge left, the large meeting room on the building’s third floor served many purposes, but as a fencing salle, it has found its perfect designation.

In 2015, Zeta Fencing opened a second fencing room in the same building, L’Atelier. Our new room is the home of Zeta’s beginner, intermediate, and pre-competitive programs. With two beautiful rooms, La Salle (Chez Papa) and L’Atelier (Chez Maman), Zeta Fencing is able to offer a wide variety of fencing classes and events.

When thinking about a name for his new fencing school, Zoran wanted to go beyond the fashion of basing club names on geography or the name of the owner. Even though many think that “Zeta” stands for the first letter of Zorro or even Zoran’s name, none of this crossed his mind when he chose the club’s name.

In the Far East, the traditions of art and swordsmanship have always been deeply connected. Besides living the pristine life of warriors and following its strict orders, the Samurai recited poetry and practiced calligraphy, the visual art of writing. When performing calligraphy, the brush never leaves the page from the beginning to the very end of a movement. For the Samurai, the stroke of the brush was the equivalent of the stroke of their sword, so art and swordsmanship were unified in writing.

On the other side of the world, in Europe, we find a similar connection between art and swordsmanship. Influential artists like Albrecht Dürer, Michelangelo, and Leonardo da Vinci were all renowned fencing masters. At the same time, they were responsible for the first designs of letter types as we know them today. Instead of calligraphy’s brush, they were using engraving tools.

Through the history of the alphabets of our Western civilization, we find that the letter Z always had a very significant meaning. The origin of the letter Z, the Semitic Character Za (pronounced “zag”), meant dagger, sword, or simply weapon, with its form representing its meaning. Later, the Phoenicians changed the letter’s name to Zayin but kept its original meaning. As the only letter directly representing a sword, the Greek included it in their alphabet as Zeta around 1000 BC. Later on, the Romans made Z the last letter of the Latin alphabet that we use to this day.

True to the origins of the letter Z, Zeta Fencing stands for the combination of art and fencing, for the deep connection between the letter and the sword.

ZETA IN THE NEWS

Students and coaches of Zeta Fencing have been featured in many news articles. Here are some links to interesting articles that can be found online:

Male Rookie of the Year: Dershwitz To Pursue Olympic Dreams (05/28/2015, The Harvard Crimson)

Sherborn teen Eli Dershwitz, US Sabre champion, off to worlds in Russia (06/26/2014, The Boston Globe)

If you are interested in purchasing team gear with the Zeta Fencing logo, please visit our Squadlocker online store by clicking here. We carry T-shirts and hoodies; seasonal items may be added to the store occasionally.